Finnvera has an important social role in facilitating and augmenting Finnish enterprise activities. Through export solutions, Finnvera also contributes to the exports of Finnish know-how abroad.

The main indicators of impacts include the number of new enterprises and jobs created by means of financing and the ratio of exports covered by export credit guarantees to Finland’s total exports. 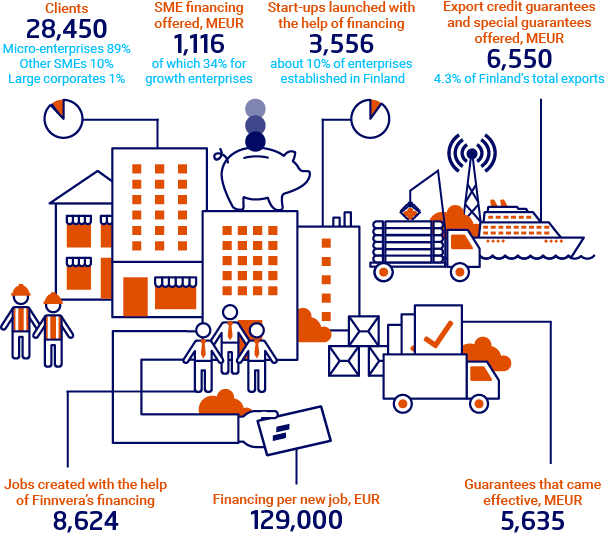 Self-sustainability and capital adequacy as the cornerstones

As a State-owned company, Finnvera can take greater risks in financing than banks can; the weak economic situation of recent years has emphasised this aspect even more. According to the goal of self-sustainability set for Finnvera, the company’s income from operations must be sufficient in the long-term to cover its operating expenses and its share of any credit and guarantee losses incurred. 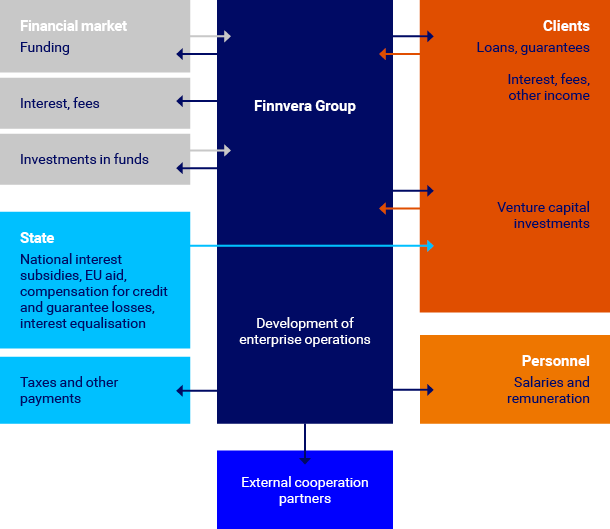